Small evergreen tree with smooth oval leaves, rounded at the tip, up to 12m. The small flowers are reddish and produce a fruit called ‘cashew nut’ with hangs from the pédoncule of the succulent fruit called « cashew apple ».

The propagation is made by seeds. Cashew germinates slowly and poorly; several nuts are usually planted to the hole and thinned later. Fruits are produced after three years.

Cashews are easily propagated by seed, and seedlings may bear flowers by the second year when they are less than 3 feet in height. As long as they have good drainage, trees grow well over a wide range of soil types. Young trees must be protected from low temperatures because they will be damaged or even killed at 32°F. Older trees may have significant damage caused by frost or freeze, but usually will make a recovery. When planted in the landscape, trees should be in sheltered locations protected by more cold-hardy trees or buildings for optimum growth.

Cashews should be fertilized every 3 to 4 months with a good-quality complete fruit tree-type organic fertilizer and are very drought-tolerant, although they will grow better when supplied with regular irrigation.

The external pod of the nut is corrosive and highly irritant. The smoke too.

The roasted nut is appreciated as an aperitif. The apple is used to make liqueurs and jams.

Cashew nut oil is similar to almond oil. It is also use industrially. The acid juice of the apple may be used as vinegar.

Anacardium comes from the Greek « ana », similar, and « kardion », hearth, because of the colour and shape of the fruit.

In Désirade island, in Guadeloupe, they make a famous sirop of cajou apple, the bark of the nut is used as a pet killer. 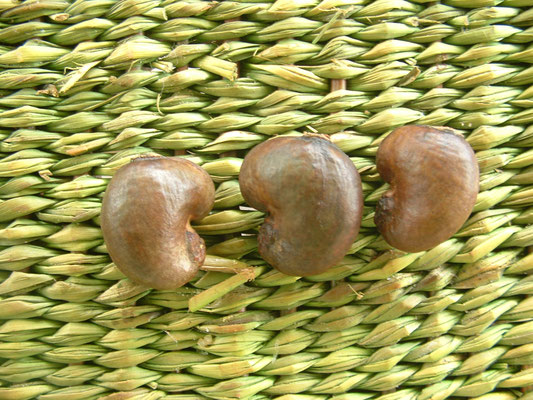 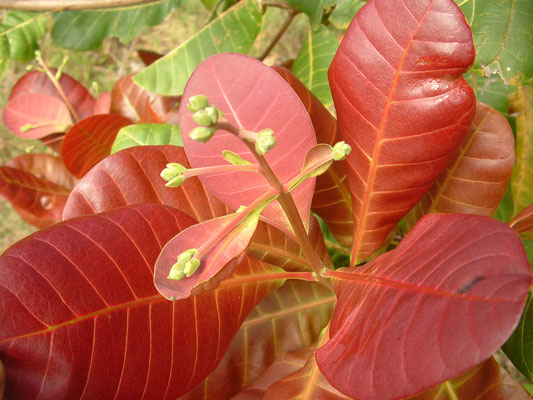 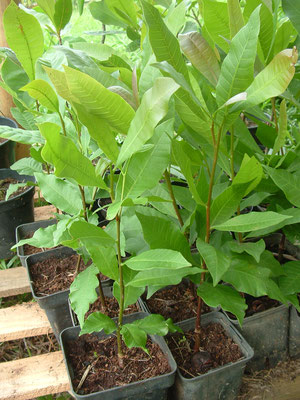 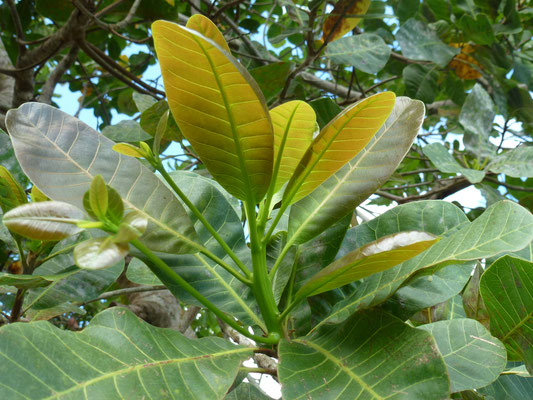