Tall rhizomatic and aromatic plant about 3m high with long ornemental leaves up to 70cm long. The remarkable flowers are perfumed and hang in spikes. The calyx is pearly-white, tinted red at the tip, from which emerges a pink corolla with a single large yellow petal with red stripes. Flowering all year round.


The propagation is made by rhizomes and seeds.

Quite easy to grow from rhizome, it will happily grow in full sun, even on rather poor soil but with enough water supplies as it is water-demanding, well matured manure will help lush growth and better flowering. It may also grow in semi-shaded places but will be shyer flowering then, its foliage remaining always a nice decorative item, as well in the garden as in a green-house, in the open or in an earthenware jar, big enough so that the plant may develop its rather powerful rhizomes. Pest usually ignore this plant.

It likes compost too.

At the beginning, put it in semi-shade. Hardiness : 14°F

The flowers, leaves and rhizomes have an inimitable flavor combining rose, ginger and camphor. The plant can be used as an aroma in sweet or savoury dishes. Rhizome is often used in India to flavour soups and can be a good substitute for ginger in all dishes. The leaves can be used to make papillotes that soak in their delicate flavour. In Japan, the leaves flavour pasta. Young shoots can be cooked as a vegetable. Flower syrup is absolutely surprising.

The pearly appearance of the flower gave rise ti ‘shell’ and similar soubriquets. Names in other languages refer to medical properties.

This plant is cultivated in Okinawa island in Japan (centenarians’s island) for its antiageing properties. its name is getto. They make an elixir of youth.. 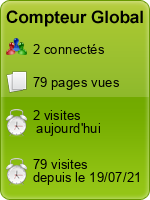