Tropics of the world

Small tree with many branches at the trunk supported by characteristic stilted, arched roots. Elliptic, shiny, tough leaves at the branches extremities. Pale yellow flowers with 4 petals are hermaphrodits. Cone-shaped fruit with viviparous germination  : the fruit germinates on the foot of the mother plant, the radical can grow out to 30cm, then the plantlet falls from its own weight and plants itself in the silt or is disseminated by the ocean current.

Mangroves can help lower nitrates and phosphates in the aquarium. If you are including mangroves in your aquarium as part of your filtering system, it is best to set up a separate mangrove filter. This can be a 10-20 gallon tank that is placed next to your aquarium and connected to its water circulation system.

For small (10-30 gallon) aquariums, you will need to have approximately one plant for every gallon. If you have a larger aquarium (50-200 gallons), the attached mangrove filtering tank will need about 1 plant for every 2 gallons of water.

To prevent excessive growth in an aquarium, simply trim the growth tip of the plant as necessary with a sharp scissors. In time, the plant will alter its growth, and remain short and bushy. In fact, you can manipulate the growth of your mangrove much like you would a Bonsai Tree. Flowering from June to September. 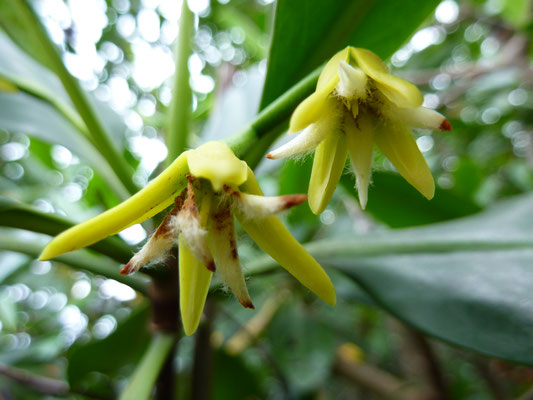 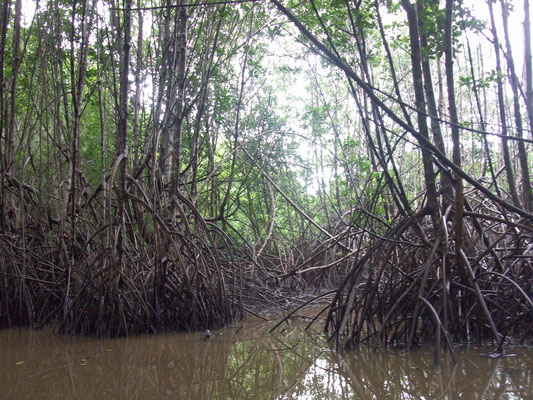 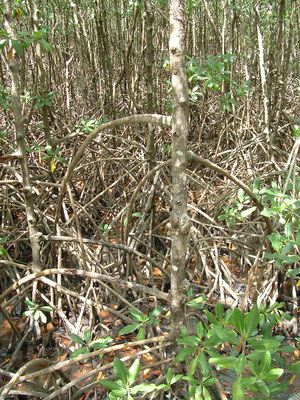 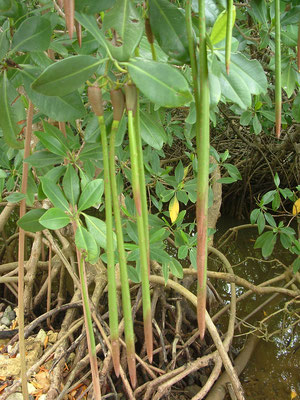 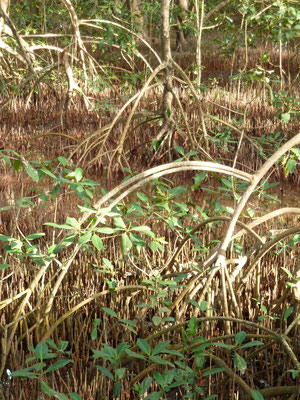 We use leaves for the marine-tea

The wood and bark, rich in tannins, have served in the tanning of leather and in dye production and charcoal. The wood is used in frameworks and in naval construction.

Red mangroves are probably of greatest value for their environmental benefits, because they (and mangroves generally) are believed to play a vital role in supporting marine food chains, protecting coastal areas, and improving water quality.

Rhizophora comes from the Greek, « riza », roots, and « phero », to carry because of its numerous aerial roots. The word mangle is of Arawak origin, via spanish, and designates the mangrove fruit or the tree itself. Mangle is the origin of mangrove by association of mangle and grove.

The young, dried plantlet is sometimes smoked like a cigar and the dried leaves can be smoke in a pipe.

Adaptation strategies of the Red Mangrove

The stilt roots provide the tree with a better seat in the vase. They are often reddish and covered with lenticels which have a respiratory function allowing it to colonize muddy, compact and oxygen-poor soils.

At the root level, there is a membrane preventing the passage of salt.

In the Red Mangrove, in addition to falling into the ground, a long period of horizontal flotation of the propagule may precede a vertical arrangement. 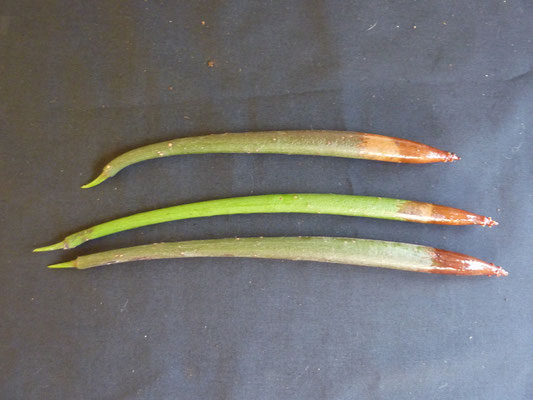 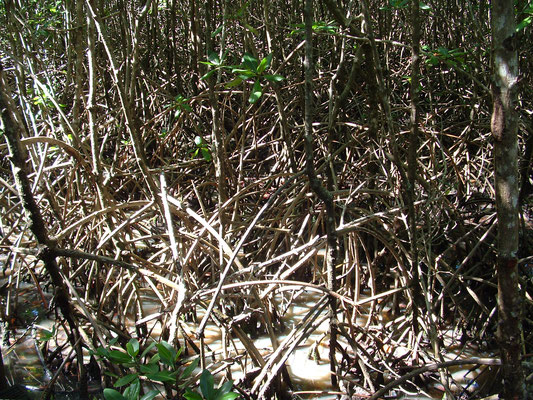 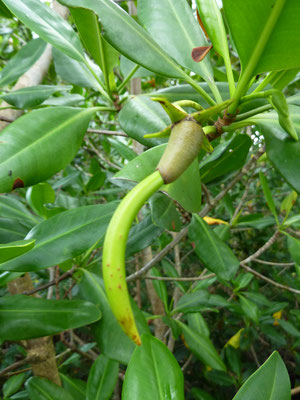 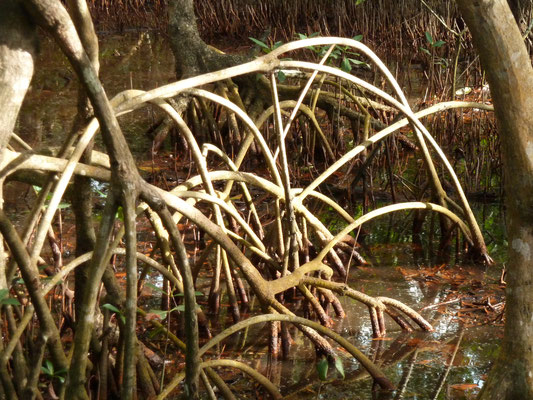 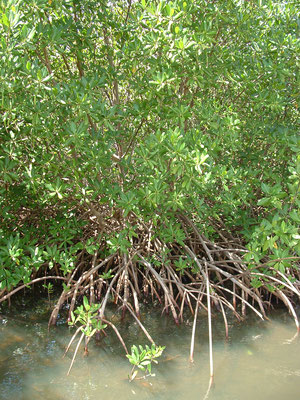 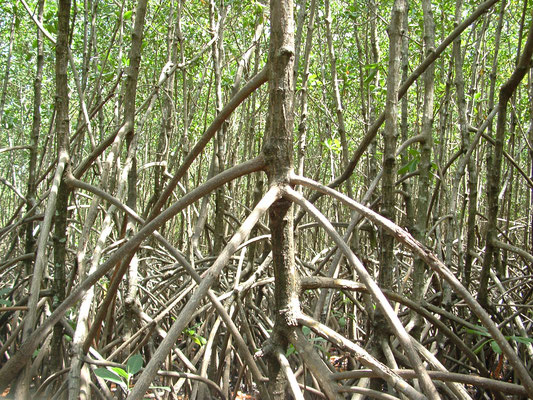 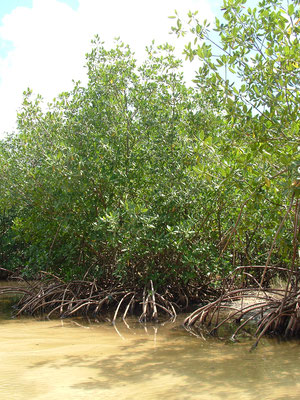 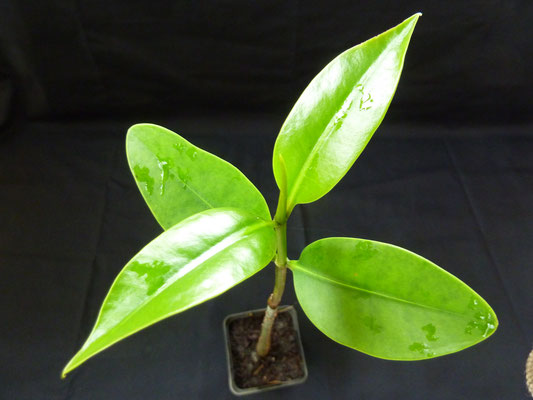